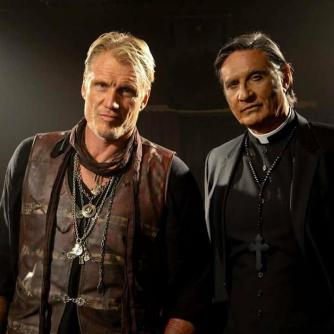 On this special episode, I had the privilege of chatting with accomplished actor and close personal friend of Dolph Lundgren, James Chalke.  Chalke has had an extremely impressive career, and has proven to be a real renaissance man – former member of the British Special Forces, martial artist, and actor on both the stage and screen.  When did Chalke and Lundgren first meet?  What has it been like collaborating with Lundgren over the past decade?  Which of Chalke’s film roles was the most fun to shoot?  What future collaborations do Chalke and Lundgren have in the works?  How has the climate of action cinema changed in the past 20 years?  How are Lundgren and Chalke working to bring back the glory days of action cinema? And what exactly went down on set of their upcoming zombie thriller, Dead Trigger?  Join us as Chalke and answer these and other burning questions.

Major thanks to James Chalke for joining me.  Please feel free to rate and review the show on Itunes, Stitcher, or wherever else you go to subscribe! 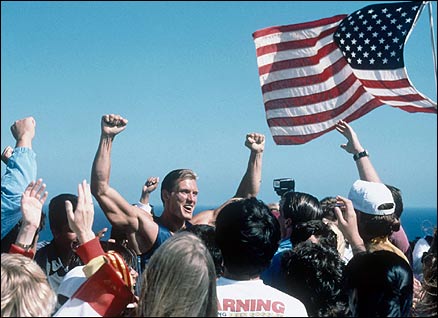 On this month’s episode, we’re discussing the 1994 sports drama / action thriller Pentathlon.  In this film Dolph Lundgren played Eric Brogar, an East German Olympic athlete who defects to America in order to escape his sadistic coach.  Yet his violent past catches up with him in America, and Eric is forced to rely on his athletic training in order to survive.  At the offset, it was an exciting project for Dolph, as it allowed him to try a new role, as well as giving him the opportunity to be the unofficial spokesperson for the US Modern Pentathlon team.  Yet like many projects in Hollywood, Pentathlon did not turn out as planned…  Appearing on the podcast to chat Pentathlon is Mike Fury, author of Life of Action: Interviews with the Men and Women of Martial Arts and Action Cinema.  Did the film deserve the kind of release it received?   What kind of problems arose in the film’s production?  Just how different is the final product from the initial story concept that Dolph signed on for?  Is the film misguided and struggle with the type of movie it wants to be?  Could this have been Lundgren’s version of Rocky if the film’s budget wasn’t tampered with and slashed prior to shooting?  Was this film a catalyst in helping give Dolph the directing bug 10 years later?  Join us as we break this film down!

Special thanks to Mike Fury for joining me!  I’m sure this won’t be the last time!  Check out his book Life of Action at Amazon, Barnes and Noble, or wherever books are sold.  Also check out his website:  mikefury.net.

Please feel free to rate and review the show on iTunes, Stitcher or wherever else you subscribe!