On this month’s episode, we close out the “2018 — Lundgrenaissance” and take a look at the latest DC comic book adaptation, Aquaman, currently in theaters (and still crushing it at the box office)!  In this underwater adventure, Jason Momoa stars as Arthur Curry, a.k.a. Aquaman, a half-man / half-Atlantian who battles his half-brother Orm for the title as King of Atlantis.  Dolph Lundgren takes on a supporting role as King Nereus, an Atlantian king whose loyalties teeter between both both prospective heirs to the throne as a full-on oceanic war erupts!  Joining the show once again is my buddy Chris Prentice!  How is it that the one superhero who’s always been a punchline is now the one who’s leading the DCEU films?  How does Lundgren do at playing a king (surprisingly, a first in his career)?  Is too much CGI a good thing or a bad thing?  And just how amazing is Lundgren’s entrance in the film?  Join Chris and I as we take a deep dive into Aquaman!

Major thanks to Chris Prentice for joining me!  Please feel free to rate and review the show on iTunes, Stitcher, or wherever you go subscribe! 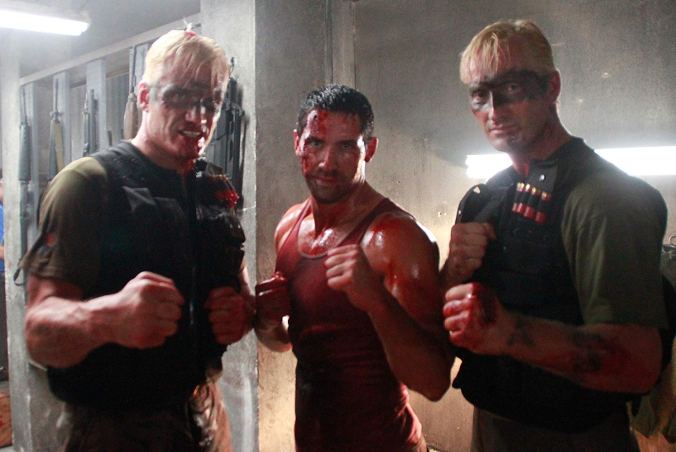 Happy new year!  A new interview episode has arrived to help kick off 2019!  On this episode, I had the privilege of speaking with Dolph Lundgren’s very own go-to stunt double, Tony Messenger!  Tony Messenger has been doubling for Lundgren since 2010’s The Expendables.  Ever since, the two have become a well-oiled machine, collaborating in almost 20 projects!  In this fun discussion, Messenger and I chat his kickboxing background, the genesis of he and Lundgren’s working relationship, and what he has in store for 2019!    What are the struggles and benefits of doubling for an action star?  Listen in to find out!

Major thanks to Tony Messenger for his time!  Please feel free to rate and review the show on iTunes, Stitcher, or wherever else you go to subscribe!