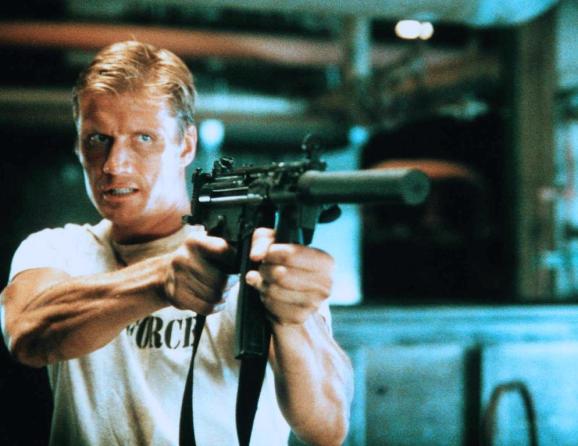 On this month’s episode, we’re taking a look at 1999’s Storm Catcher!  In this film, Lundgren goes back to playing an Air Force pilot once again, only this time as a pilot with the expertise in flying the “Storm Catcher” — a top secret stealth fighter jet!  Yet when the stealth jet is stolen, Lundgren finds himself set up for the crime and in a fight against his very own government!  This was Lundgren’s first of three films with the Andrew Stevens/Jim Wynorski-production house, Phoenician Entertainment, yet this one stands out a little more, especially when compared to all of the other stealth fighter action movies that hit the direct-to-video market around the late-90’s.  Joining me once again to discuss this movie is Brenton Haysom from the website, All Outta Bubblegum!  How does everyone involved make use of the film’s abundance of stock footage?  In what ways does director, Anthony Hickox add a horror vibe to the action sequences?   And in a film about a stealth fighter, why is the airplane “stealthily” absent from the film?  Listen in as Brenton and I fly headfirst into Storm Catcher!

Major thanks to Brenton Haysom for joining me.  For kill counts, reviews, and amazing video essays, check out his website, All Outta Bubblegum!  Please feel free to rate and review the show on iTunes, Stitcher, or wherever else you go to subscribe!